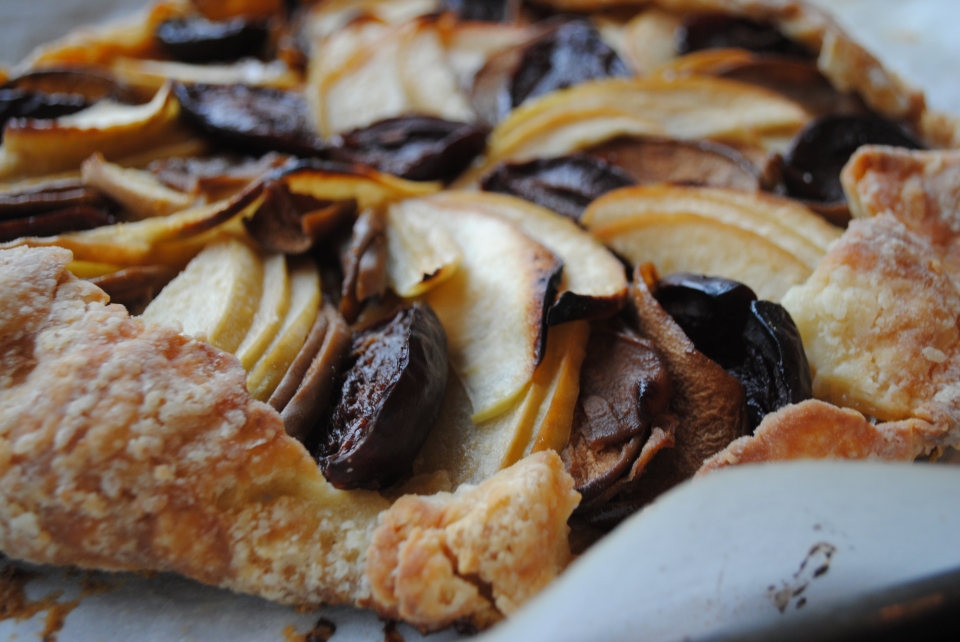 I’ve never been one for boozy desserts — but something about this rain streak called for a little something special.

During my sister’s brief couch surf last fall, she paid me rent in the form of poems, gluten-free baked goods, and wintery liquor concoctions. While the cinnamon apple bourbon and plum brandy didn’t last long, the booze-soaked fruit certainly did.

After months of soaking in their tightly sealed jars, I knew it was time they were placed
in a buttery, flakey crust, baked into a pie-like dessert, and eaten for breakfast (whoops). Thankfully, Smitten Kitchen has a fail safe galette dough recipe that can be whipped up in advance and filled with just about any sweet or savory filling you can think of. My take, below. 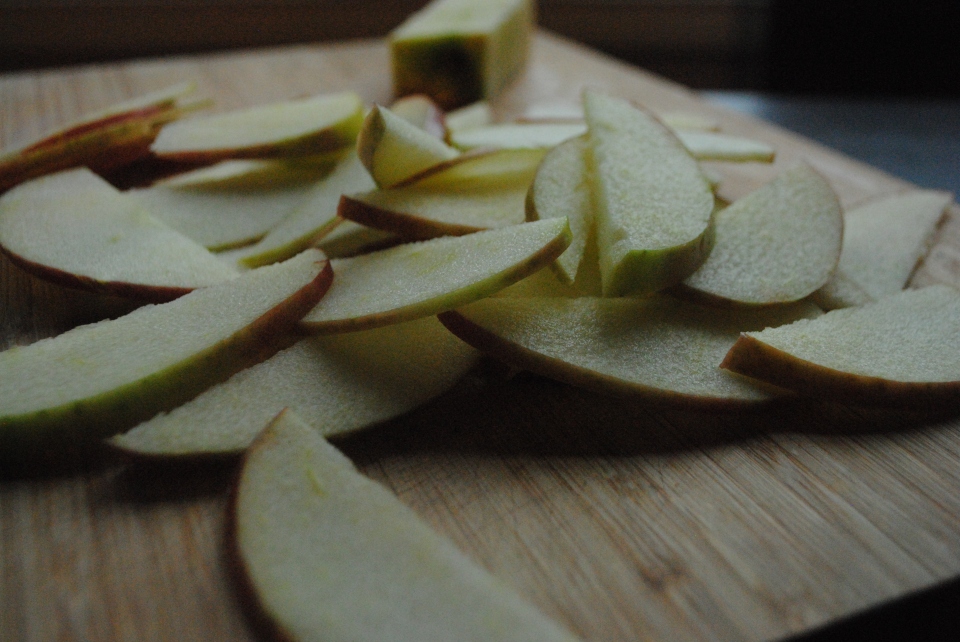